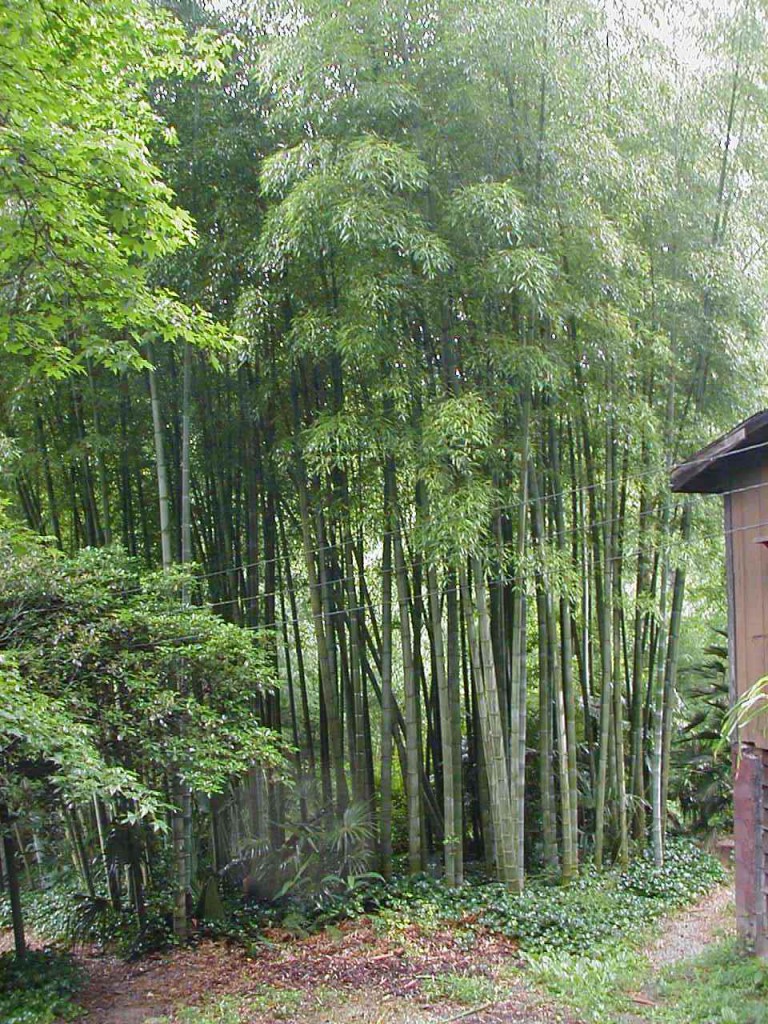 This is the largest of the hardy bamboos and one of the most beautiful. The very large culms are festooned with masses of the smallest leaves in the Phyllostachys genus, making this large bamboo look even larger. The culms of a mature plant are very broad at the base and quite tapered. A culm 6 inches in diameter at breast height may be 8 or more inches in diameter at the base. New culms are covered with a soft velvety pubescence. Our common name Moso, is the Japanese name which is a corruption of the Chinese name Mao Zhu. Mao for hairy and Zhu which means bamboo. There is no mistaking this bamboo for any other. A mature Moso grove is a spectacular site. From a distance the groves have a light feathery look. When a grove is properly maintained, one can stroll among the large culms as if they were in a mature conifer forest. In a mature grove the foliage begins 30 to 40 feet above the base. Phyllostachys bambusoides is the bamboo of choice for basket weaving in Japan because of its flexibility. Moso, on the other hand, is unsuitable for fine basketry because it is so stiff. It is used for many utilitarian things such as utensils, tubing, construction reinforcements, etc. In the West it may be used for ornamental construction. Moso shoots are the most commonly eaten shoots and consist of the majority of the bamboo shoot export from China. It shoots early, and shoots can even be dug in the winter, when no others are available. Moso does not mature quickly in cooler climates. Moso shoots usually begin to appear in early March.